For the very best in London Guided Tours

Walks to your specification

I am always happy to tailor tours to your specification and enjoy the challenge of something different, so do please let me know about your individual needs.

Bermondsey Riverside: London’s Larder Until the 1960s the entire stretch of river from London Bridge to Tower Bridge was dominated by wharves belonging to the Hay’s Wharf group. Overhanging cranes unloaded New Zealand dairy products from clusters of lighters and in the 19th century and before, banks of sailing ships waited to unload tea from China. The area became known, with every justification, as “London’s Larder”. But there’s more to discover: London’s first railway line, the story of the most devastating conflagration London had seen since the Great Fire of 1666, the leather industry, the brewing industry, Charles Dickens’ Bill Sykes and much more. 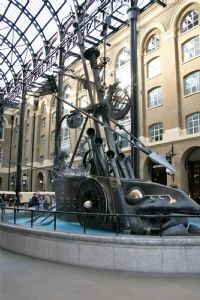 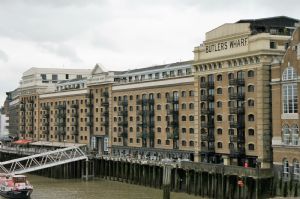 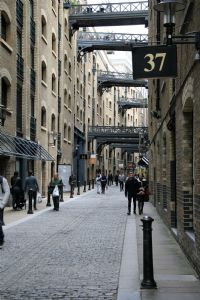 Rotherhithe: a Village by the River

Rotherhithe village is a peaceful oasis on the banks of the Thames. But history is all around. Hear about Marc Brunel’s famous Thames Tunnel - the first tunnel beneath London’s river. It was from Rotherhithe that Captain Christopher Jones left for New England with the Pilgrim Fathers; we can relive the famous journey with a pint of beer in the “Mayflower” pub, with its river views. Then there’s Rotherhithe’s fine parish church, the poignant story of Lee Boo, a pub with the best view in London, a long lost Royal Palace and a doctor determined to rid the area of  its “the death traps and fever dens”. 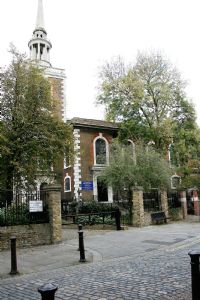 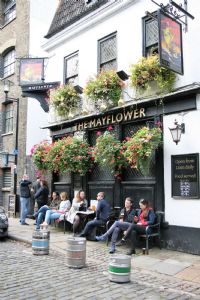 Here we adopt a different format to other walks because of the longer distances involved. Short excursions are made from stations on the Beckton Branch of the DLR . We hear about the Royal Docks, once the largest area of wet docks in the world. 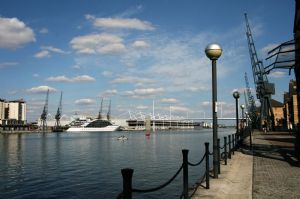 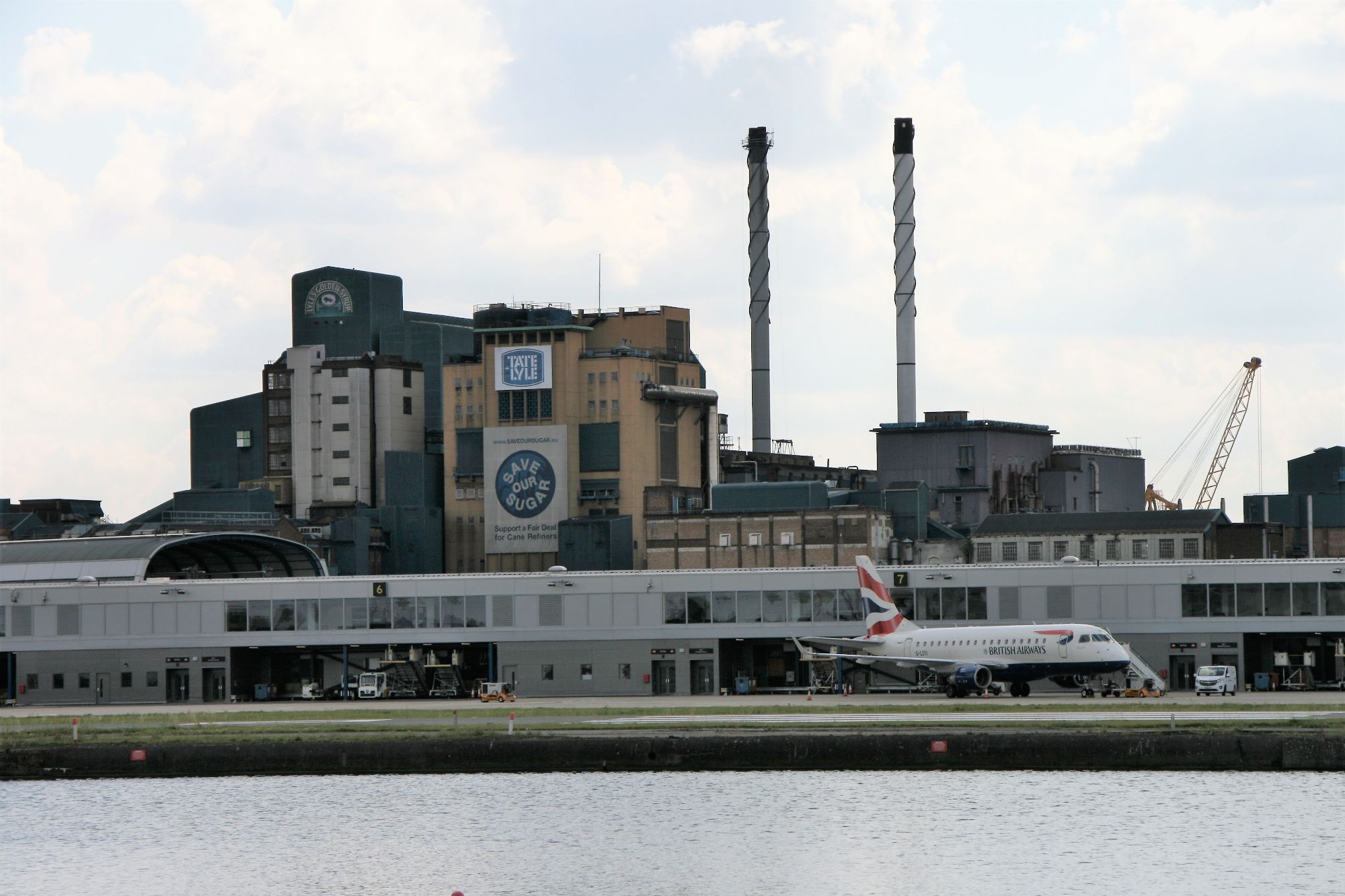 Also we learn about the first iron clad sea going vessel in the world, a familiar sugar refinery, the largest ever explosion experienced in London, the largest gas works in Europe and (if there’s time) the story of a pleasure garden holding “giant baby” competitions,  and a free trip on the river.

London’s Docks were officially opened when the “Henry Addington”, bedecked with the flags of all nations, sailed into the West India Dock. We admire its legacy: the magnificent warehouses each holding 8000 hogsheads of sugar, with basement vaults for rum, and coffee in the attics. 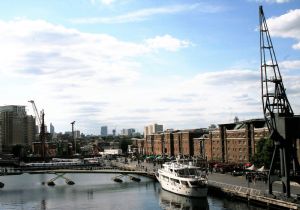 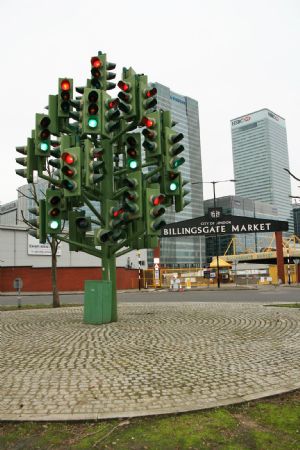 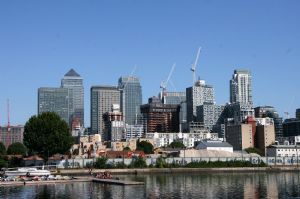 We hear about the notorious “call on”, the source of all the docks’ labour problems.  Today there is Canary Wharf – so called because tomatoes were landed here from the Canary Islands -  and No 1 Canada Square, claimed by its architect to be London’s first proper skyscraper.

The Isle of Dogs is so called because Henry VIII’s dogs were exercised here (or so they say). We admire  Millwall Dock, hear about the early days of Millwall Football Club.  See where Brunels’ Great Eastern, in its day the largest steam ship in the world, was launched. 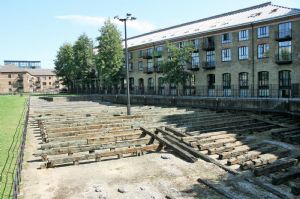 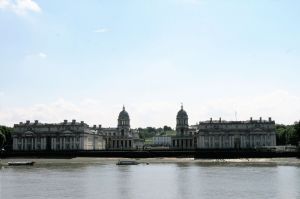 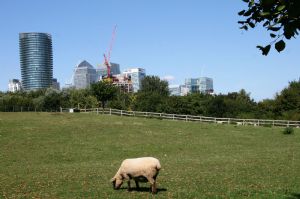 Enjoy “the best view in London” from a park created in 1895 as a “little paradise for local people" and conclude at  an oasis of countryside in the heart of Docklands in the company of farm animals. 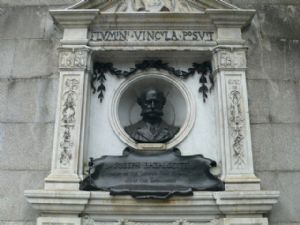 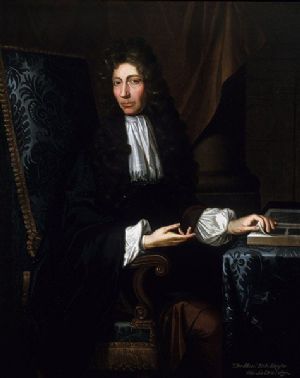 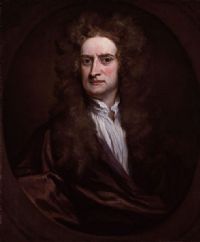 Sir Isaac Newton and John Hunter. We then walk through the National Portrait Gallery to stand face to face with scientists and men of industry who have shaped the world as we know it today. It’s quite a list!!

Wapping: They shall not pass

There’s so much variety in this walk. We admire the ruins of the last Cistercian Monastery in England, hear about Sir Isaac Newton and the Royal Mint, learn about a hospital founded by Queen Matilda, walk by an ill-fated 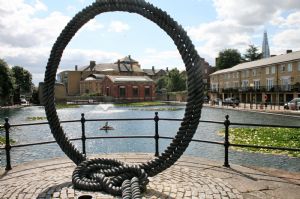 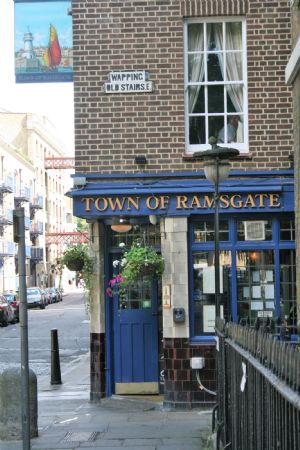 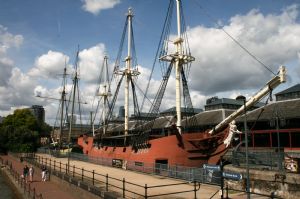 rival to Covent Garden and a couple of London’s early docks. And end at a Hawksmoor church and a mural telling the story of the Battle of Cable Street. Oh, and there’s gruesome murder and an escaped tiger as well.

Southwark: in the footsteps of William Shakespeare.

Our walk begins in Blackfriars, which as well as its monastery had an early theatre. We cross the river to Bankside and hear the story of Tate Modern and its industrial past. We walk past the Globe, both old and new, and hear 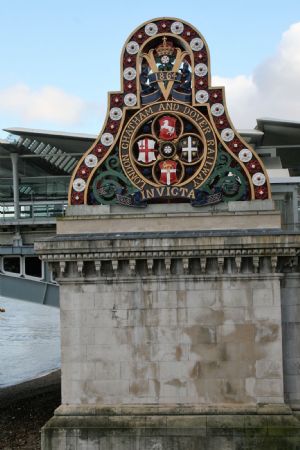 of Bankside’s unsavoury past of bear baiting and the notorious stews. We pass the remains of the Bishop of Winchester’s palace, then Southwark Cathedral (worth a visit all on its own) and end at a fruit and vegetable market – don’t forget your five a day!

This walk is for those unfamiliar with London. It’s just a taster to Westminster. Almost everything is included: Piccadilly Circus, Florence Nightingale, the Grand Old Duke of York, Trafalgar Square, St James Park, 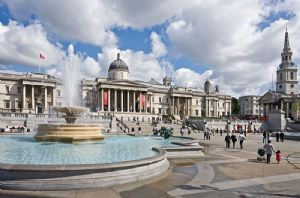 A medical theme runs through this walk. First there’s London's oldest surviving hospital, then the story of the the Black Death. Smithfield Market beckons  followed by the peace and quiet of Charterhouse. 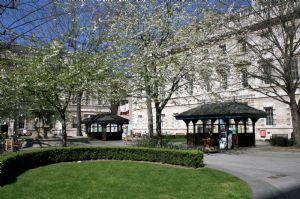 In between there’s two of my favourite London church, a ghost story, a fat boy, the London home of one of our best loved poets, and much more.

Bermondsey: its Abbey and the Leather Industry.

Bermondsey was once the centre of this country's leather industry and in medieval days it boasted an abbey of national importance. 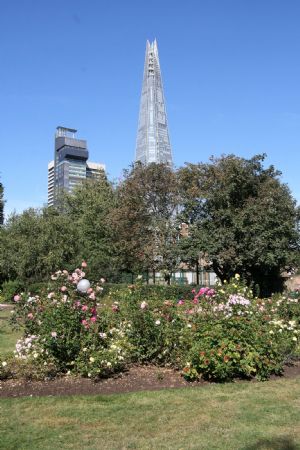 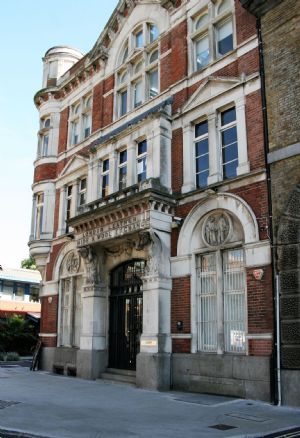 There are many reminders of this former industry on this walk as well as some recent archaeological discoveries of the abbey - not to mention re-born Bermondsey Street, lined with fashionable restaurants

Hampstead: a Village on a Hill

So many well known artists, writers, poets, and statesmen made Hampstead their home: H.G.Wells, John Constable, Peter Cook, George Gilbert Scott and many more. The walk is rather hilly and explores Hampstead's back-doubles, friendly pubs and elegant Georgian architecture. There is also the tale of a famous brown dog. 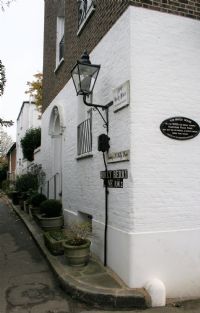 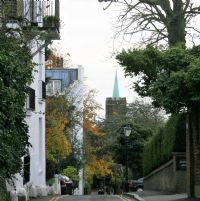