For the very best in London Guided Tours 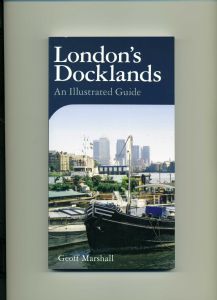 he Port of London has changed beyond all recognition in the past four decades. Once the docks teemed with men and ships from all over the world, now all is transformed and a new and vibrant area has grown up with commerce, stylish housing, fashionable shops and restaurants. The author takes the reader on a journey. He outlines the historical development of the area from Roman beginnings and the Elizabethan Legal Quays to the construction of the largest system of wet docks in the world.

Life in the docks is described, their eventual demise and the rebirth of Docklands with the development of Canary Wharf.

There follow ten walking tours giving the reader an insight into the history, architecture and traditions of Docklands from Tower Bridge, Wapping, Limehouse, the Isle of Dogs to the Royal Docks and, on the south of the Thames, both Bermondsey and Rotherhithe.

The Story of Bankside 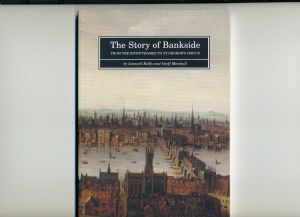 nkside forms part of the ancient riverside of Southwark. Its early history saw little activity except at its waterfront where the Bishop of Winchester had his London home.  But in the Elizabethan era came theatres and William Shakespeare, bear baiting and the notorious “stews”. Between the 18th and 20th centuries industry arrived – glass works, gas works, power stations, brewing and riverside warehouses. Now, in our times, Bankside has once more become a place of recreation and leisure with the opening of Shakespeare’s New Globe Theatre, Tate Modern and Vinopolis.  All aspects of Bankside’s history are told in the book I co-authored with Len Reilly, the former librarian at Southwark Local History Library. 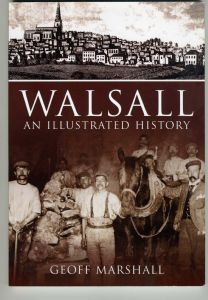 y book is richly illustrated with more than ninety photographs, both archive and modern; it is a comprehensive history of Walsall, “the town of a hundred trades”.

All aspects of the town’s history are here, from law and order and politics (where the tactics traditionally included riots, corruption, bomb making and the burning of effigies – one prospective parliamentary candidate even promised that, if returned, he would “marry one of the electors’ daughters”) to transport, education and health and the history of the Saddlers football club. Of course, no book on the town would be complete without the histories of those industries which have made the region famous, including ironwork, leatherwork, lorinery, buckle making and brewing and mining for ironstone, limestone, dolerite and coal.

With the stories of well known residents of the past, including the saintly Sister Dora and Agnes Mountfield, the first female head brewer, and accounts of the Tudor origins of Queen Mary’s School, the mob attack on John Wesley and the strange affair of Joe Deakin and the Walsall anarchists, the book will please residents and visitors alike 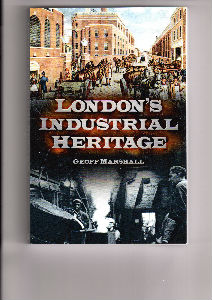 d you know that apart from Lancashire, the greatest concentration of Boulton and Watt steam engines was in London, demonstrating the enormous and often overlooked significance of London as an industrial centre? The stories behind the many industries found in the capital are described in this unique book. London once had scores of breweries; the world's first plastic material was synthesised in the East End; there was even a gas works opposite the Palace of Westminster; Clerkenwell was once a centre for watch and clock makers; the River Thames used to be full of colliers bringing coal from Newcastle; Joseph Bramah invented his water closet and; and hydraulic pump here and Henry Maudslay  made machines to make machine. Many household names began in London: Schweppes, Crosse and Blackwell and Vauxhall motor cars. The list of fascinating facts goes on. In this, the first book of its kind on the subject, an enthralling overview of London's industrial face through history is provided. 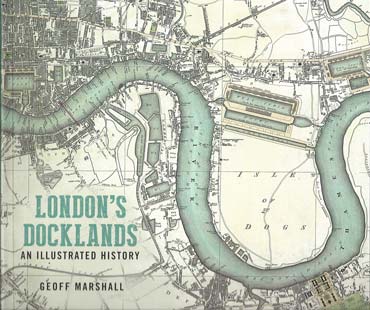 My latest book on Docklands concentrates on its history and adds to the material in my first. Docklands industries, both old and new are described. Discover the stories of the London Hydraulic Power Station, rope making in Limehouse, the area’s shipbuilding heritage and its breweries. Famous voyages are recalled, including the search for the north-east and north-west passages to China as well as pioneering journeys to the New World. And there is much more, including historic churches and riverside pubs.

To buy London's Docklands - An Illustrated History click this

The Life and Times of Hubert de Burgh – Lord of the Manor of Banstead, Justiciar of England. 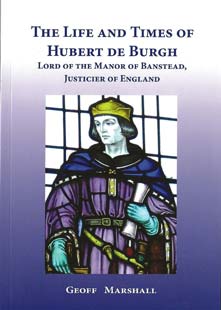 Hubert de Burgh has been described as ‘the greatest subject with whom Banstead can boast a connection in all the centuries of its history’. Praise indeed. England in Hubert’s day was ruled by the Plantagenets, King John and then King Henry III. Throughout, despite King John’s failings, Hubert remained loyal to both kings. He was appointed Justiciar of England in 1215, an important position second only to the monarch. He fell from grace in 1232 and for many years faced persecution. He died at his manor in Banstead in 1243. This is his story.